HTTP-based APIs are a simple and powerful way to interact between pieces of complex software. Today we’re going to explain a simple way to use the VMX object detection system from the command line. If you have a directory of images that you want processed, or you want to learn how to call VMX from an external application, then keep reading.

We will send a JPEG image to VMX and get the resulting detection result as JSON. The resulting JSON gives you the location of the detected object as well as the detection confidence score.

You must have VMX installed on your local machine, download the following gist from Github (vmx_detect.sh), and make sure to have jq installed. This example should work on both Mac and Linux.

If you want to detect eyes in an image on your hard disk located in /tmp/tom.jpg, issue the following command in the terminal:

And that’s why we use jq to format the JSON output nicely in the terminal. 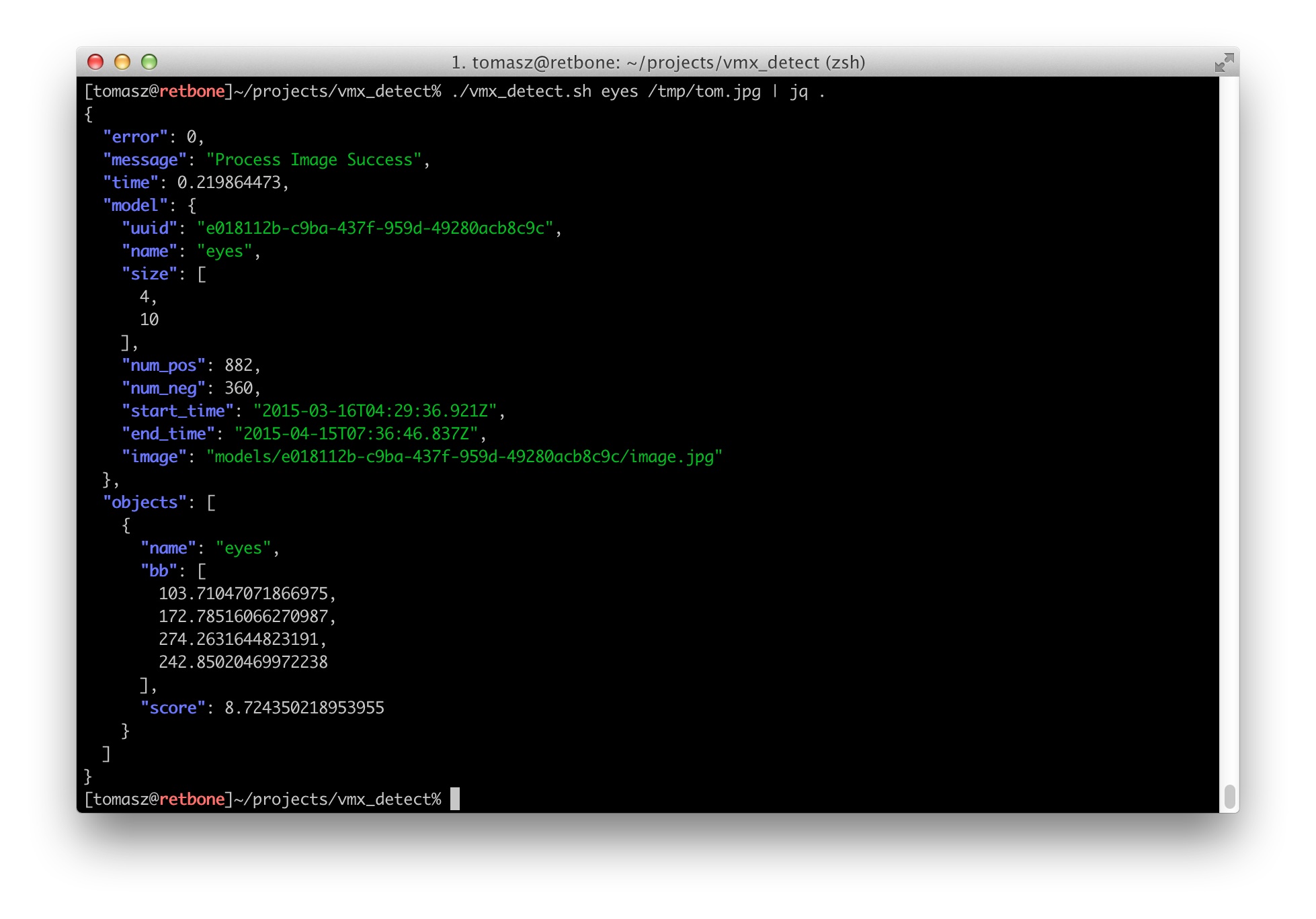 This command line utility prepares the JPEG image (by using base64 to encode the image) and sends it a VMX process which is running with the model you want to use for detection. The utility makes sure that the session is already running, or it creates a new session. If you’re running the script for the first time, it might take an additional 5-10 seconds to spawn a new VMX session. The next time you call the script with the same model name, detection will be much quicker.